August relaxation in the school

If you are tired of work, summer, studying, routines, ordinary or anything else, we offer you to relax with us. We have soft beanbags, books, delicious tea, and also we have staring therapy. That is what we call observation over animals that live in “Ш++”.
It all started almost four years ago when the school moved into our KOWO IT creative hub. One of our guys suggested putting an aquarium. He took care of the fish and seaweed so good, that is was just impossible to pass by it. We were drinking coffee and staring at the fish. Lunch brought staring as well. We were just staring, at the fish of course.
Time went on. And last year we obtained a formicarium as well. It might not seem that cute since there are no shining fishes there. But it turned out even more addicting. This is the house for ants. What could we know about ants earlier? Now their lives are right here in front of us (still good that it’s behind the glass).
Time passed. And it seemed that someone from our team was not satisfied with just two vivariums and two kinds of animals in the area of 360 square kilometers. So we got one more house for a snail. A large Achatina is not as shiny as fishes and not as fast and chaotic as ants but he is peaceful and still.
There was also a time when we had bats and mice (not like we wanted that :)), you can always see pigeons through the window.
Feel tired? Come stare at it 🙂 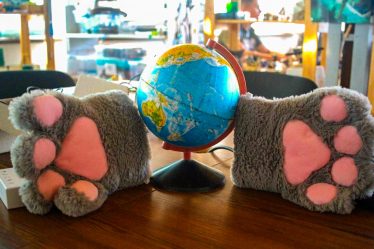 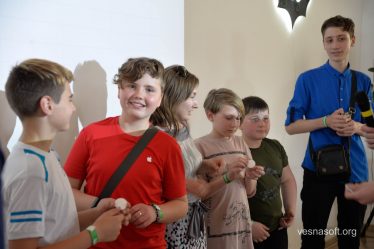 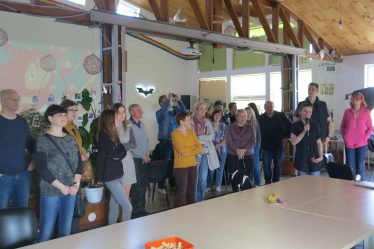