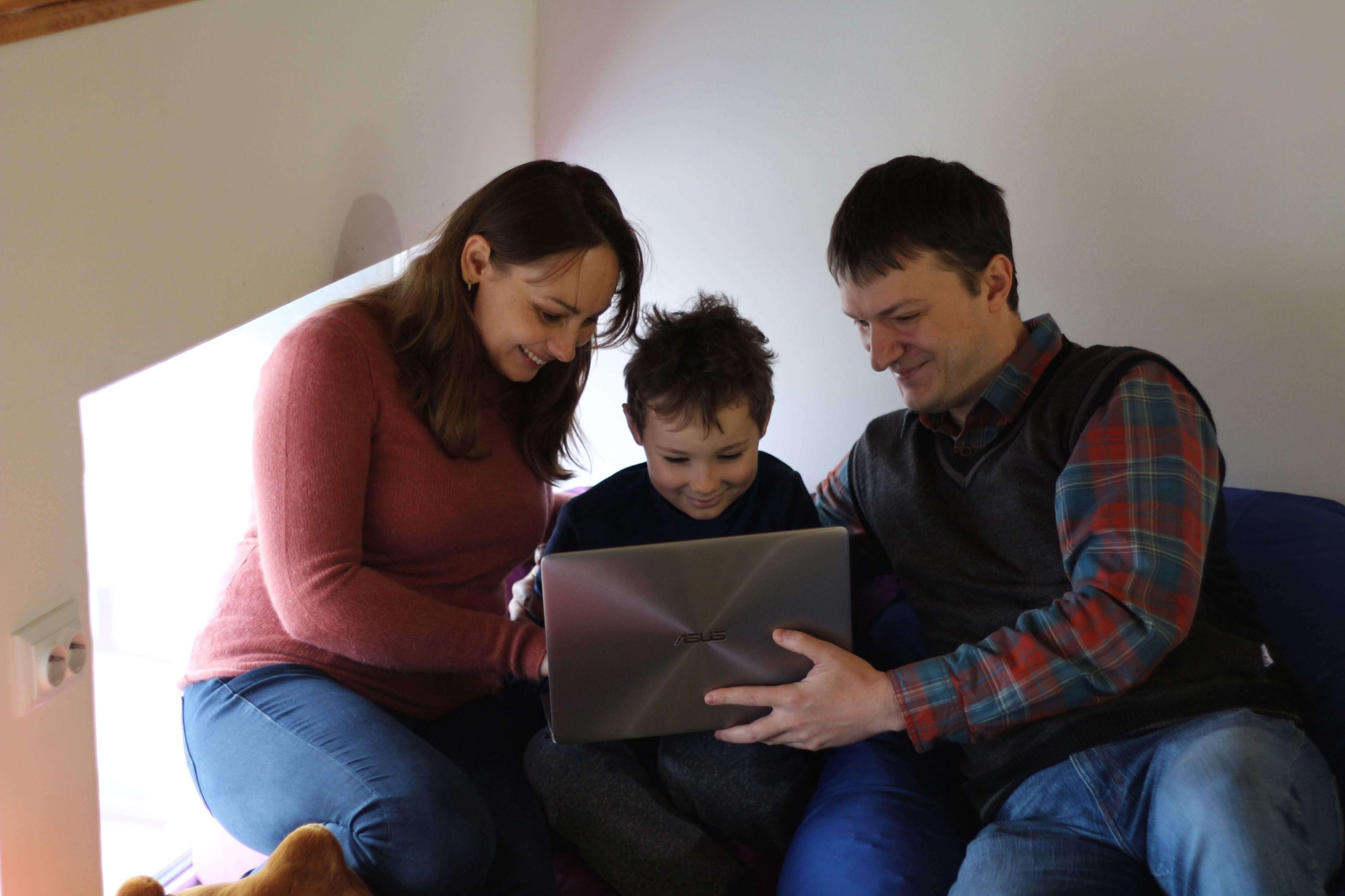 Matvienko family, Ruslana, Maksym, and Mykhailo are all studying at SHPP, Mom and Dad of the family study Java and their son studies Scratch in a children group. Ruslana found SHPP on the internet when she was looking for programming courses for her son, the fact that there are also courses for adults drew her attention.

Maksym and Ruslana are developers on education, but they don’t work on this field because of a feeling that they lack knowledge. They are both process engineers ― they look for mistakes in railway transport programs then they send this information to the developers. Maksym has graduated from a university in Dnipro where he studied C Sharp and Ruslana’s graduated from Kirovograd Cybernetic-Technical College.

Maksym: I tried to do freelance but my attempt wasn’t really successful.

Ruslana: One of the reasons why we were so confident about studying at SHPP is the fact that Maksym is very smart and he needs something more complicated, something more sophisticated.

Several years ago I was sure that it was too late for us to study programming but after we heard our friend’s story, I changed my mind. He was older than 40 when he became a programmer and moved to Poland searching for a job, he had gone through more than 30 interviews before he was accepted. He is very persistent. It’s a good example.

What are your thoughts about SHPP?

Ruslana: I asked my groupmate who also studied at SHPP about it, what he thinks about school and about quality of education there before we even came there and he told us that they are on a high level. We had programming practice before we came to school, but there we received knowledge that we lacked before.

Maksym: We did not expect to face peer-to-peer system because our friend was studying back when there was another educational program. I thought that it was wrong to let other people who are not related to programming review my code but it turned out to be very interesting. Especially when you review code and there could be such a solution that you would never think of or sometimes reviewers offer, “Why did you do this way, you could do it way easier”.

Ruslana: It is exciting to talk to people who share your interests.

Maksym: We code at work when we have some free time but our colleges don’t understand it, sometimes they judge it. It doesn’t stop us, moreover, it inspires, considering the situation with job cuts in the railway field.

Ruslana: People are used to talking about their lives when they have 5 minutes of free time and we code in silence or speak about tasks. We try to code at night when our son is asleep. We don’t sacrifice time that we have to spend with our kid, for instance, if he needs help with homework. Our son likes logic and mathematics, my mom is a mathematics teacher, she tutors him. Son says that he likes attending SHPP more than the ordinary school(laughing).

Maksym: We were looking for a course for our son because we saw that he was interested in science. There was not much hope for us back then (laughing). I know a lot of good people whose parents are developers, they taught their children programming. Their children were hired at foreign companies even without a higher degree. So we decided that if we nudge our kid in the right direction it’s for the best.

Ruslana: When he was 6 years old I showed him how to create documents in Word, Excel and after that he was teaching it to other kids at school. Recently we bought a book for him “HTML Step By Step”. He completes a step and then shows me how to do it. This way he teaches everything by himself. I can see that he likes it, he doesn’t try to run away (laughs).

What are your plans for the future?

Ruslana: We want to become specialists, improve our coding skills.

Maksym: Also to find a job related to programming, it’s the most important thing for now.

Maksym: I saw a rating on the Internet, Java takes top 2 right after Python, so Java it is. If you master one language first, others will be easier to learn.

Ruslana: Maksym learns languages very quickly. Sometimes I wonder how he does that. 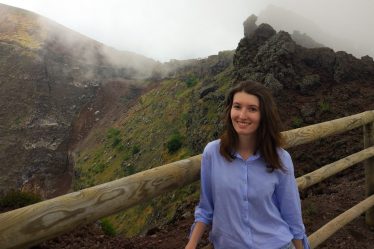 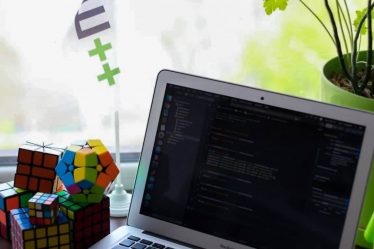